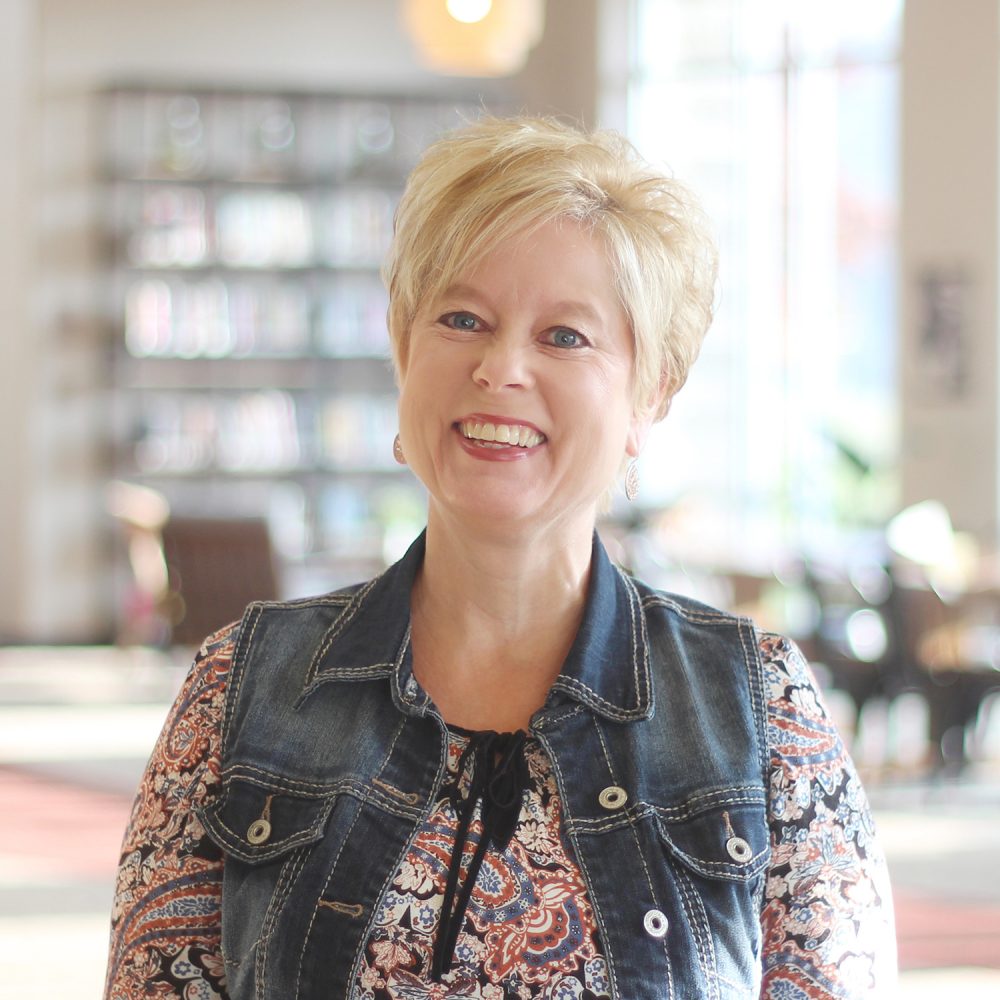 I have seen the musical Wicked 8 times

My birthday is April 1st, and I enjoy it all month long

Debbie, and her husband Mike have been attending gracespring since 2002. They met while attending Cedarville College and they married in 1991. She graduated with a Bachelors in Music Education and later received her Masters in Piano Performance and Education. Having both been raised in Ohio, they spent four years in Texas before moving to Kalamazoo in 2002. However, they still remain loyal Buckeyes fans regardless of their location. Mike and Debbie have two adult children, Matthew (married to Amanda) and Emily and two grandchildren. She loves spending time with her family, hanging out with the grandkids, walking with friends and bicycling with Mike.

Debbie has been very active at gracespring for many years. She served in the Worship Arts Ministry for over 15 years in a variety of ways, from choir, worship team and drama and later as the Producer for the Sunday morning Worship Service. In 2017 she officially joined the gracespring staff as the Connections Coordinator, a role she loved and embraced until God opened the door to become the Creative Arts Director in 2020.