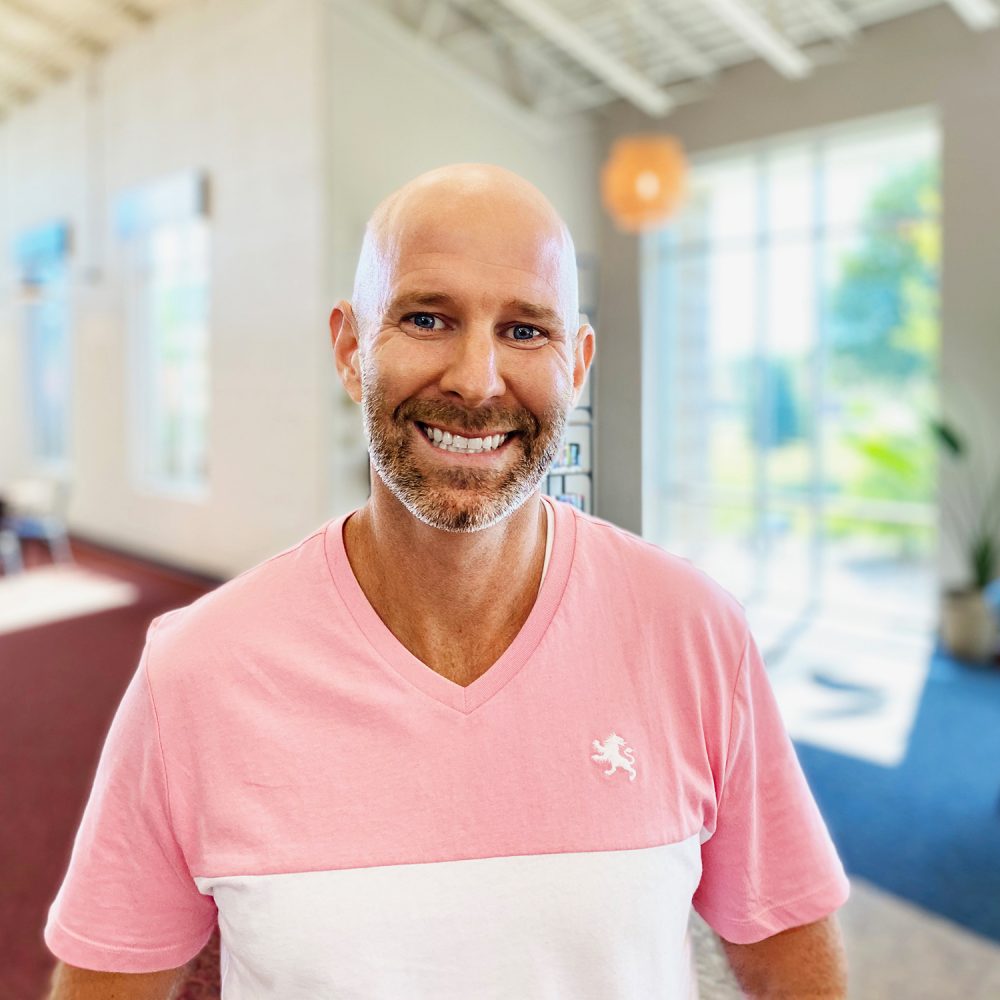 His full name is Robert Burdell Kerschbaum III. No one including his great grandfather has any idea where that middle name came from.

Rob won the cannonball contest at boy scout camp... as an adult.

Rob once had a pet turtle named James Earl Jones that sadly ran away.

Rob is a child of God, a husband to Chanel and father of four kids (Trey, Alison, Eli and Zack). Those job titles are the only ones he thinks he’s born to do. In addition to being the Worship Arts Director at gracespring, Rob is also a financial advisor.

Rob has an abundance of things he enjoys and is passionate about. Things like humans, dogs, Michigan football, music, front handsprings and of course, Barry Manilow. There’s only two things he doesn’t like: Tupperware and burned Texas toast. Most nights Rob eats a bag of popcorn and about 15 sour patch kids. He doesn’t like to eat two of the same color at the same time…so Blue and Yellow is a good approach. He wonders if they made a purple color of this approach would be easier.